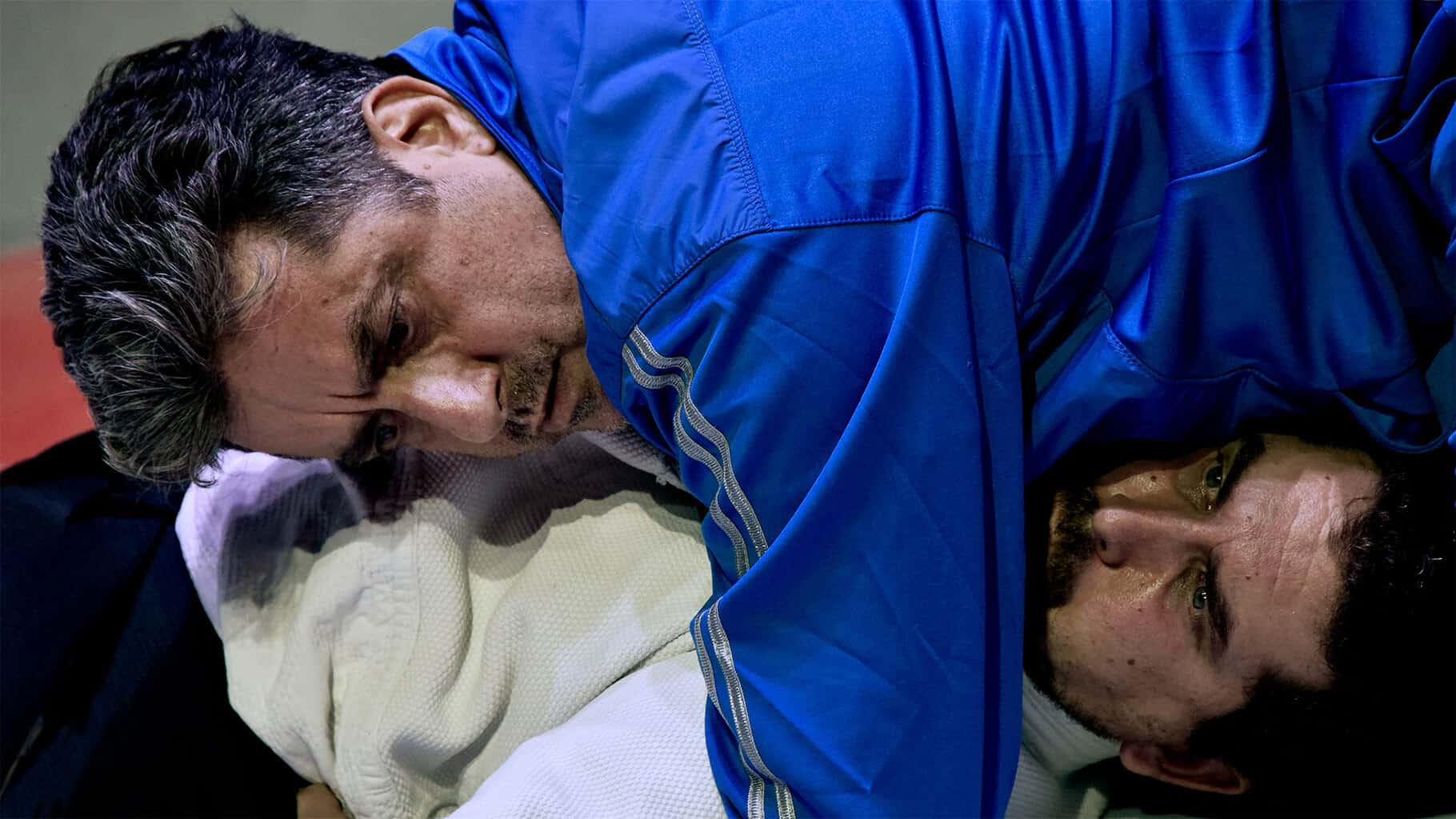 A three-part epic: the first addresses Menahem Begin’s visit to Beaufort Castle, Lebanon, the second focuses on the aspiration of an Israeli judoka and his trainer to win an Olympic medal, and the third relates to Bar Refaeli as a presenter of the brand Carolina Lamke.

This trilogy focuses on three mythological Israeli symbols that characterize three different decades. In turn, each of them observes the State of Israel from the outside. In the first part, which takes place during the 1980s, Menahem Begin stands on the Beaufort Castle, Lebanon. The second part takes place during the 1990s an Israeli judoka competes for a medal in Turkmenistan. The third part takes place in the present: Bar Refaeli wears sunglasses and stares at us from the height of advertisement signs in Ben-Gurion Airport. The protagonist of ‘Nefilim’ is hence a vacuum – an inner cessation that has broken through the façade of the national ethos, the sports ethos, and the glamor ethos in three ways: Begin’s depression, the quest for a medal, a brand of glasses. Each part has its independent performance character, which was written by a different artist. In respect to spectator conventions, each holds a different position on the scale between traditional, repertoire-theater, and alternative theater. On the whole, the performance aspires to operate as a three-style chord, a series of local Noh plays, or a three-course last supper. 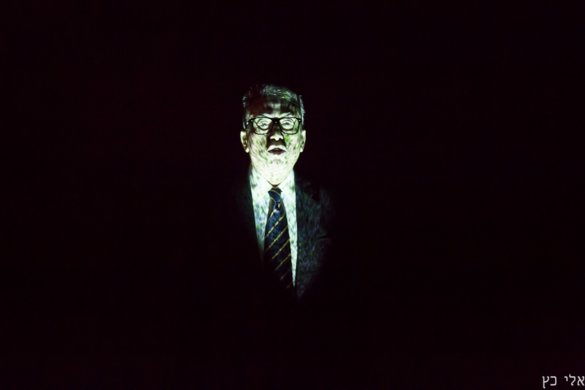 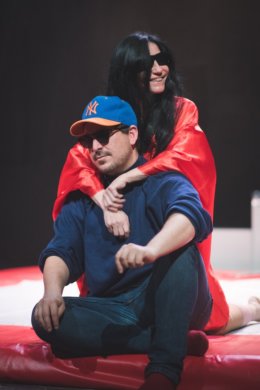 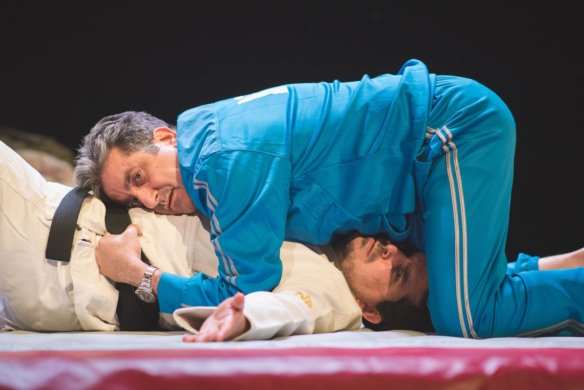 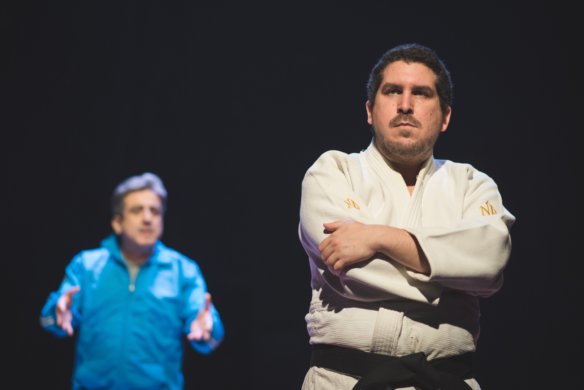 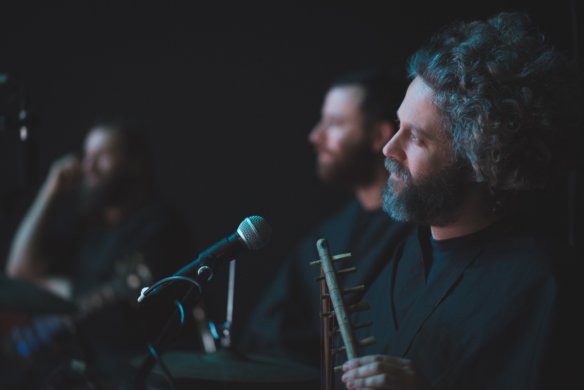 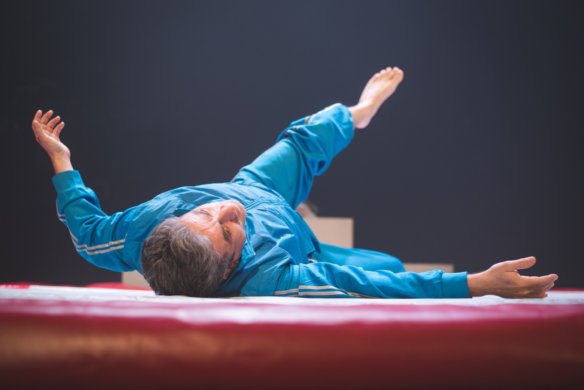 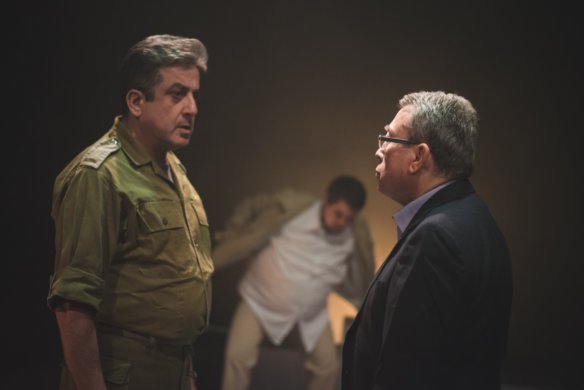 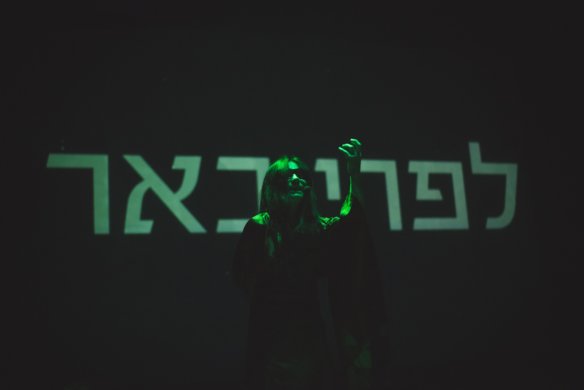 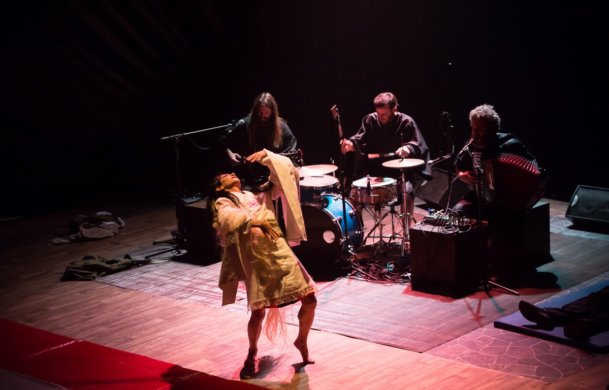