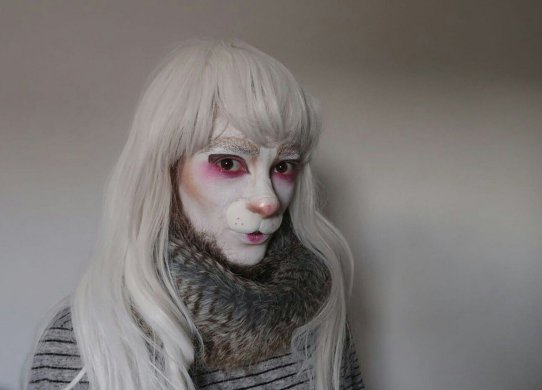 A graduate of the School of Visual Theater in Jerusalem (2015), winner of the prize of distinction awarded by the Mayor of Jerusalem. Graduate of the dancers and choreographers training program in Haifa (2006). A dancer in the groups Emmanuel Gat, Muza, and in various projects in Israel and abroad. Her joint work with Sayaka Akitsu, Yummy, was included in the Dance Short Festival in OT301 Amsterdam, as well as in Hatsunekan Studio in Kyoto, Japan. She curated and produced Bohna, an evening for young choreographs at Haifa Theater, where she also presented her own piece, Balloon. She curated a series of performance evenings named Bli Neder, that took place at the Mizkaka club in Jerusalem, and she participated in them, too. Her capstone project at the School of Visual Theater, Fall, was presented at the HDPart festival, supported by Ruah Hadasha in Jerusalem. She was the artistic director in Kola Shel Hamila Festival, Bahalonot, Hazira, and the Jerusalem Municipality. She served as an assistant director of the play Nefilim by Yonatan Levi, which debuted in the Israel Festival of 2016. She is one of the founders of the Tsenagroup.