The inter-disciplinarian artist Merav Ben-David wanders through the memory-basements of far-flung towns and retrieves forgotten Hebrew folk songs. The songs come back to life in an imaginary classroom wherein shtetl-type Hebrew meets scientific jargon, states of terror encounter pastoral hallucinations, and sweet childhood songs mix with poetic desperation and black humor. With these songs, the teacher undergoes various mental states as the characters interchange incessantly from a first-grade schoolteacher to a European nanny, a Hebrew pioneer, a communist laborer, a Yiddish club singer, and an innocent Israeli girl.

‘ANTHEM TO A BOX’ first appeared in 2015 and was performed throughout the country.  Its last show took place in the season of 2018. 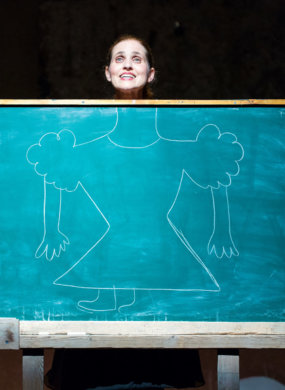 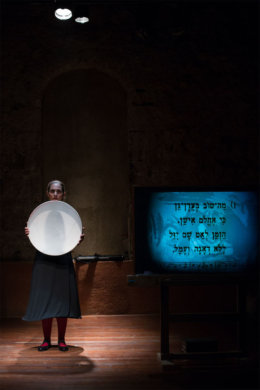 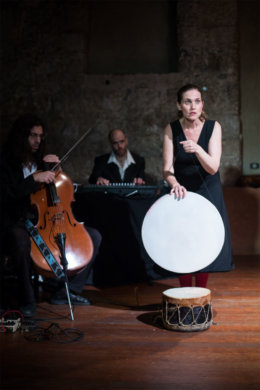 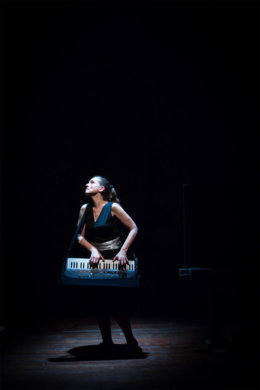 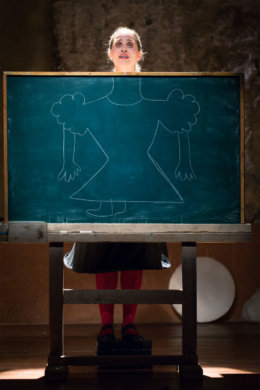 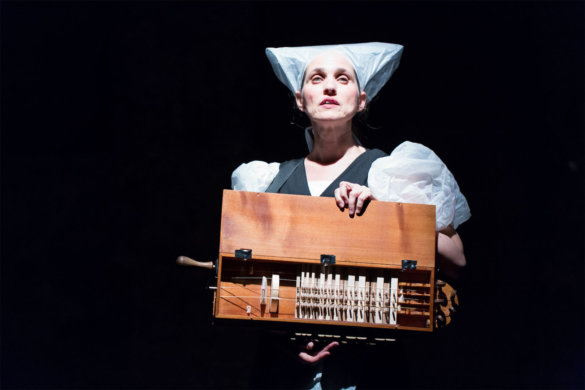