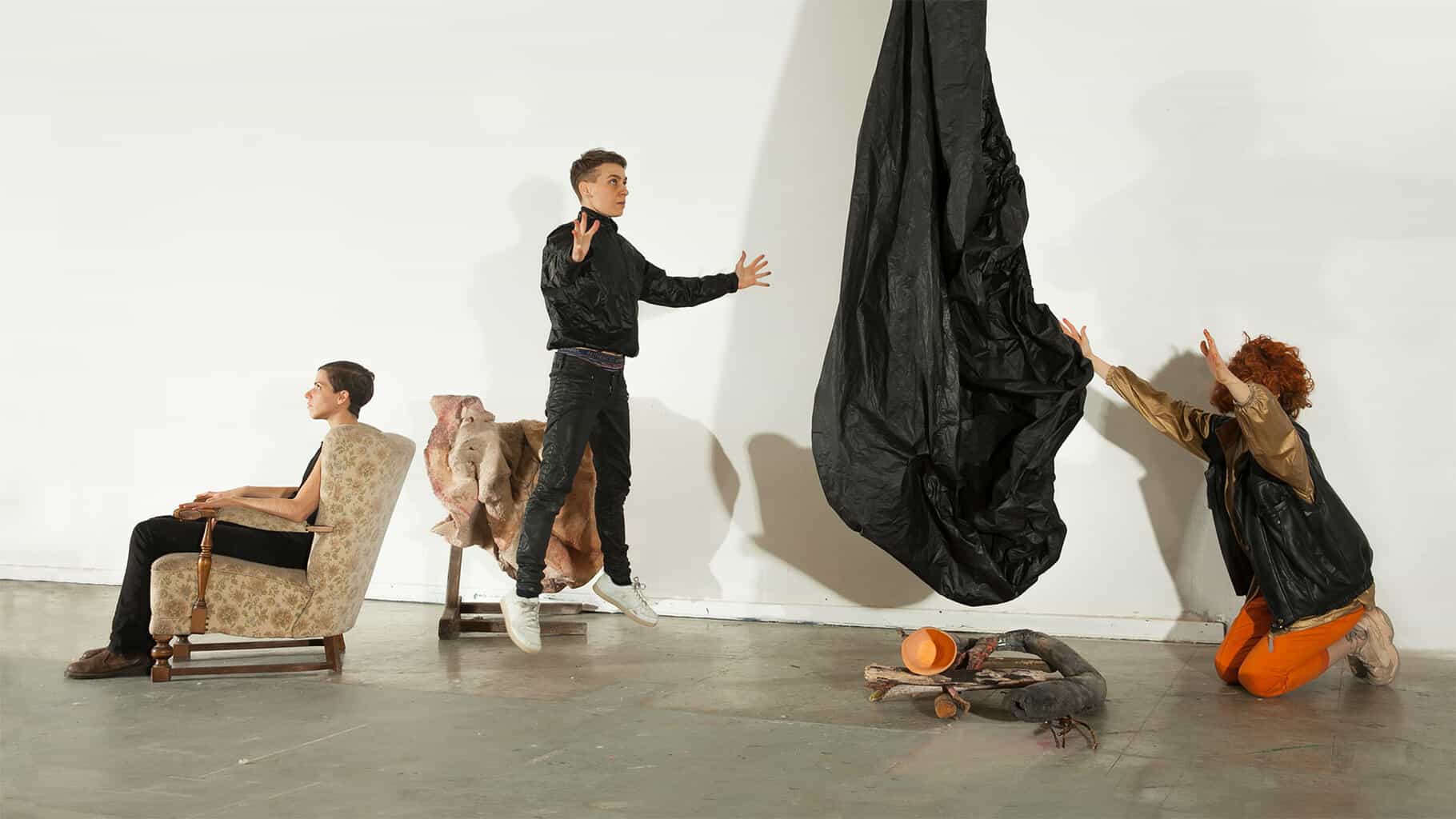 She carries the trembling caterpillar on her back and moves on the floor. Her golden robe trails behind her. She throws it off and begins to fold into herself. The stage now holds a breathing human ball, a bulb of gold.

Missspelled evokes an invented mystical mythology, in which forgetfulness is the storyteller’s language. Witchcraft and art making turn out to be one and the same: The stage is a work space, but also a bewitched zone. Performance is a space of learning and forgetting, of spelling and spell-casting, of magic, bewitchment, creation and loss. The three performers, with their different strategies, act upon space and time, in front of the audience and between themselves as three characters, rebelling against the Possible, determined to reinterpret it. At the same time they are three story scopes, weaving together and unraveling one another. On stage and within it, a tale is woven of movement, imagery, objects, sound and text. It is a tale confronting Linear Time with the mental one, diving into new realms of language and image. Having been forgotten, the fundamentallaws of nature no longer apply. Deprived of their validity, they now make room for the stories of inconsistent, the other, the strange, the queer and the bewitched.

Missspelled was produced for Dance Scene 2018. 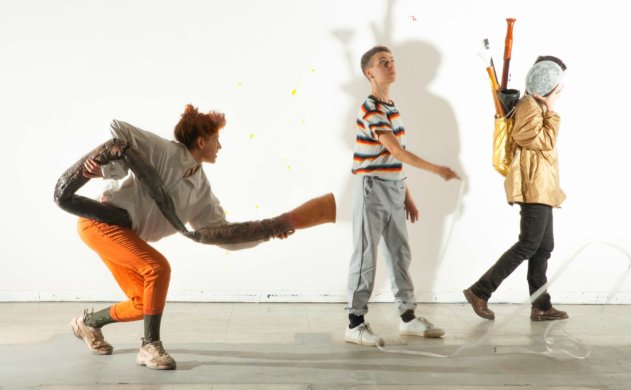 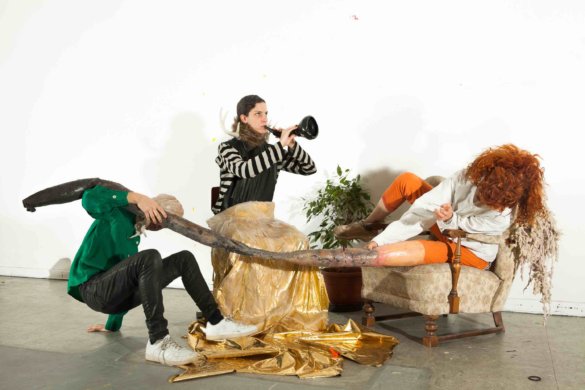 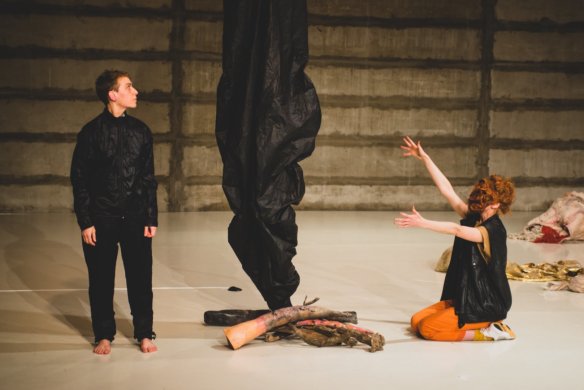 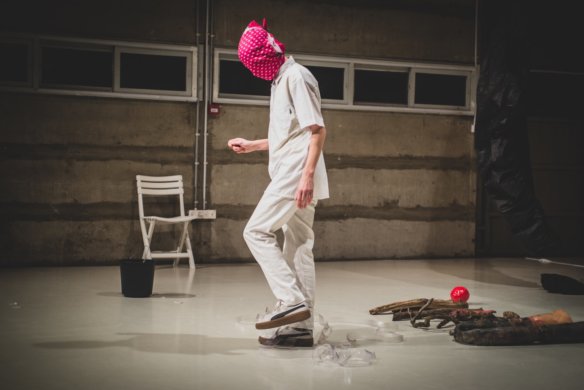 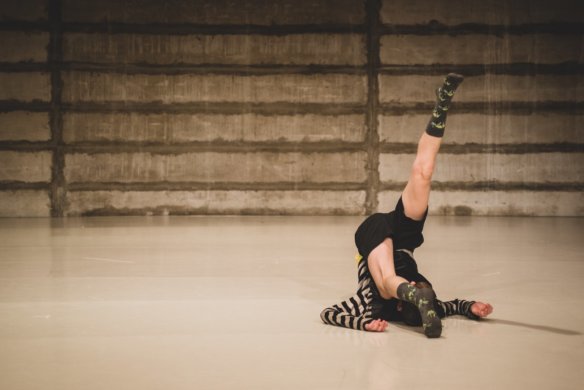 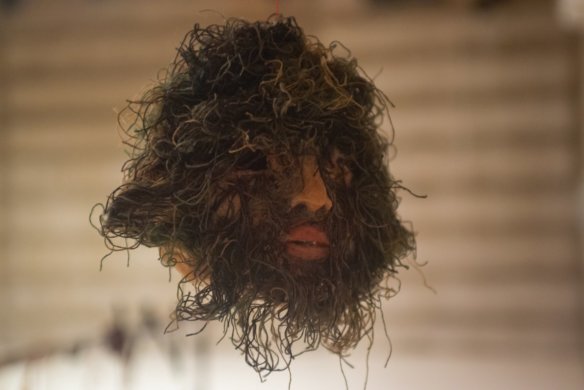 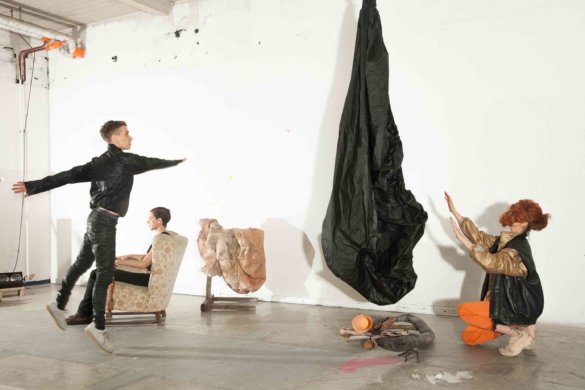 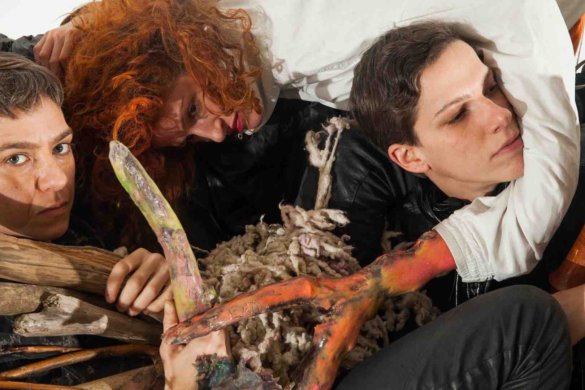 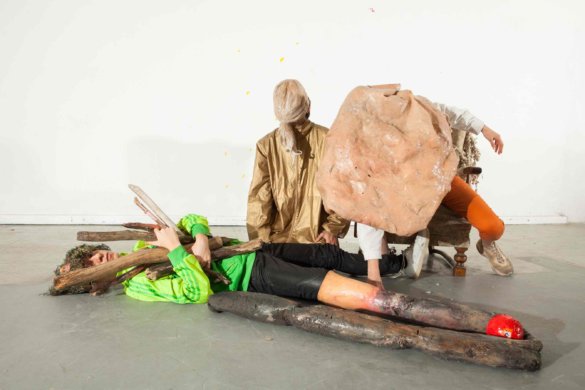 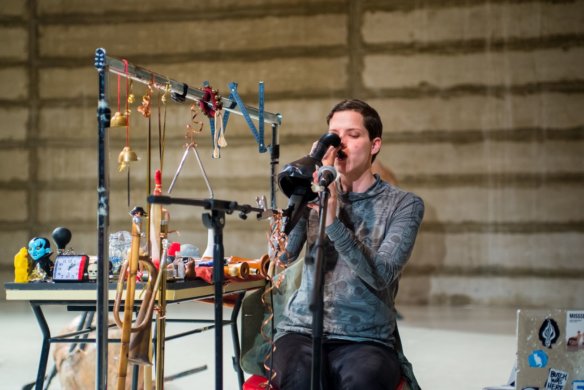 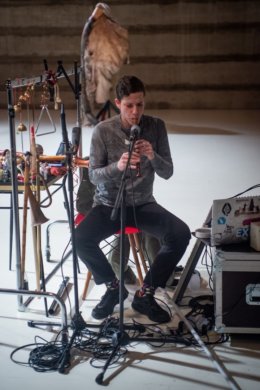 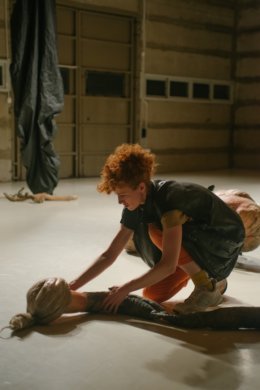 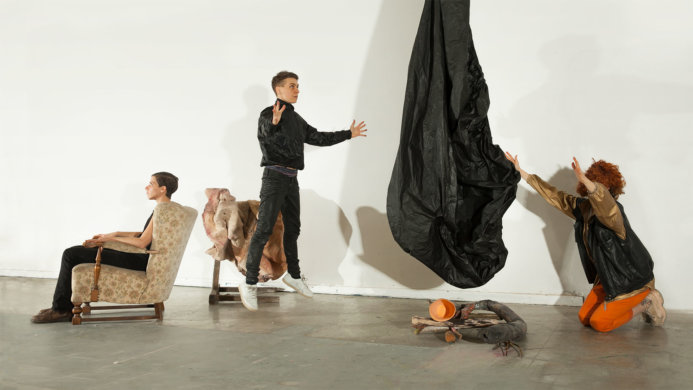