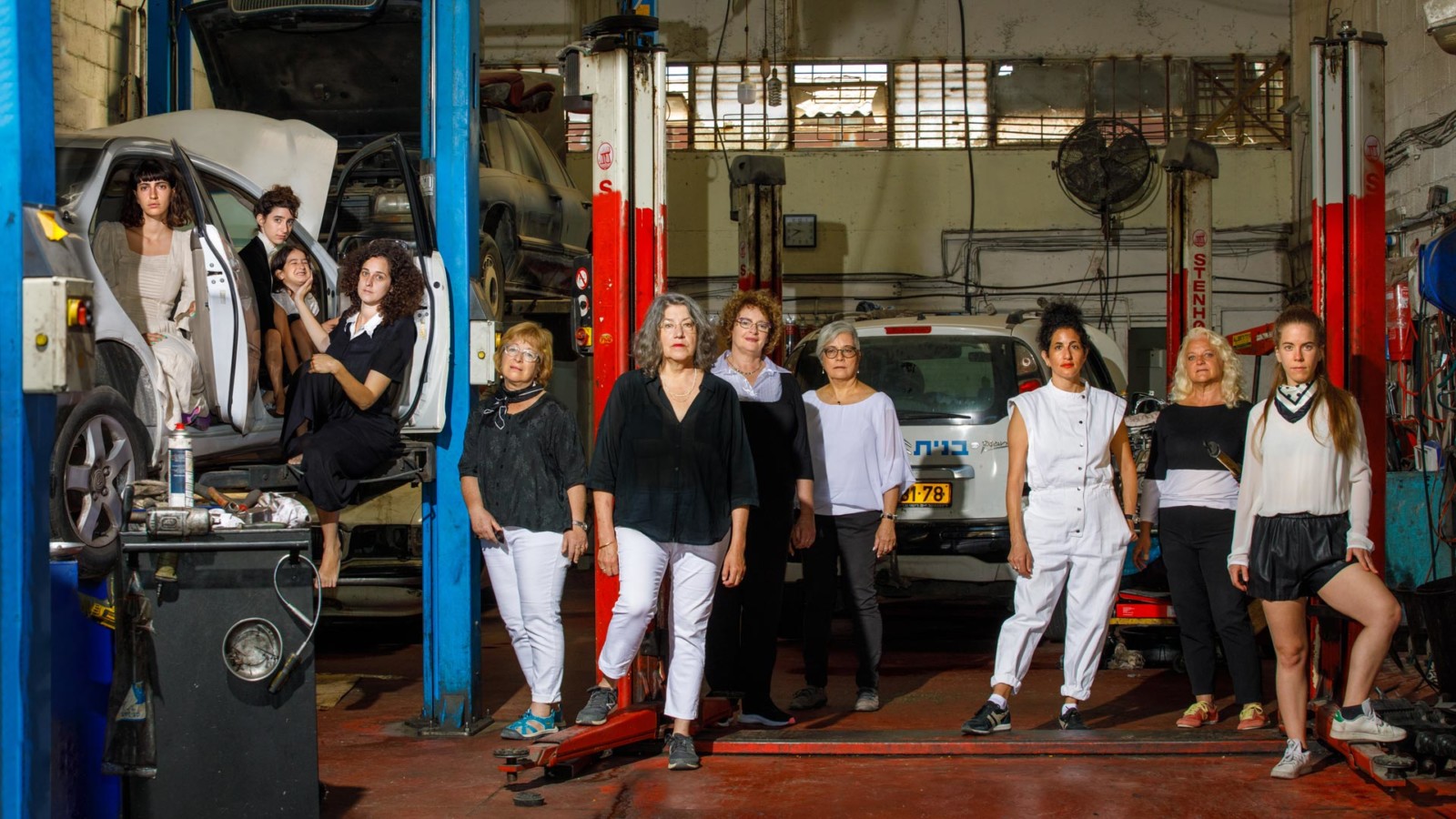 Almost all of my thoughts about body and touch begins with fear. Be aware, take care, minimize yourself. It is so deeply rooted. I realized too late that it could be different, I want it to be different.

Hila Golan is a creator, writer and director. She created and worked in various theaters in Israel, Germany and Austria.
Her unique theatrical language is characterized by exposing the creative mechanism and work process, dismantling narratives and coherent sequence, and ironic adaptation to complex relationships within the creative work group.

In her work she seeks to commit to and challenge the classic expectations bestowed upon narrative ‘theater’ and to provoke a discussion at different levels out of experience and the live encounter between artists and audience. “I’m that Bitch” was formed following an ongoing study made by the intergenerational creative team, which includes 3 actresses and a women’s choir.

The work deals with personal and collective awareness of physical perception, sexuality, and the delicate and complex politics that exists between private and social space. This is the first production created in Hazira’s new theatre, and it makes spectacular use of the hall, the architecture and the stage potential.
Due to the special use of the hall, the number of seats are limited and it is recommended to book tickets in advance.

Show duration: About 75 minutes. The show includes sexual content (language) and partial nudity. Part of the show takes place in the square outside the theater.