A mechanical jungle, complex and full of life, awaits onstage. The gaze that tries to penetrate the stage meets dozens of eyes that are staring back from a darkness that is crowded with machines, devices, lights, and whispers.

Three people and nine robotic monkeys share one stage: after five years of meticulous manual building, the creative artist and director Amit Drori presents ‘Monkeys’ – a stage production that blurs the borderline between the human and the mechanical. ‘Monkeys’ is a micro cosmos that serves as a framework for the presentation of an entire life circle: birth, youth, adolescence, life and death. The robotic monkeys represent the origin of humankind and, at the same time, that which becomes its replacement: the robot.

In this way, Drori skips beyond the demarcation lines between human – nature – machine and, in rare creative virtuosity, he creates a breathing community of pseudo-human creatures. ‘Monkeys’ confronts us with an imaginary, yet not entirely fictional reality in which hybrid robotic creatures create relationships and embody human qualities, such as compassion, affection, and intimacy, while, at the same time, expressing human grief and existential doubt. It is a penetrating observation on the point in time in which we find ourselves: on the one hand, there is a nostalgic yearning for wild and instinctive elements. And, on the other hand, computer codes are being developed, rendering the human superfluous, while creating a world governed by machines.

Show duration: About 60 minutes. There is a use of Smoke in the show.

“Monkeys is a difficult work to absorb. understanding it takes time. However, anyone who believes theater is more than consumerism, anyone looking for something that transforms both the spectators and creative artists into a community of people who contemplate the human condition and the fate of humankind together for a brief hour – will see this is a profound, serious, and exciting work.” Ehud Andre Vardi, Martha Yoda'at 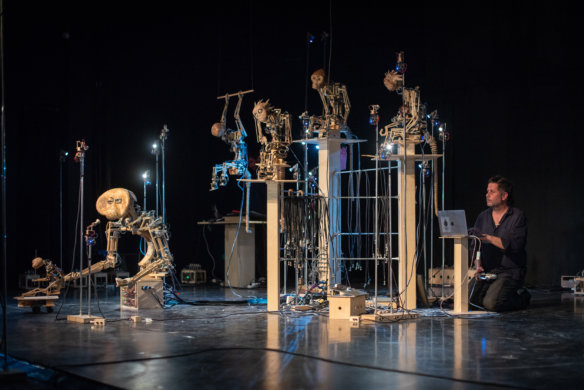 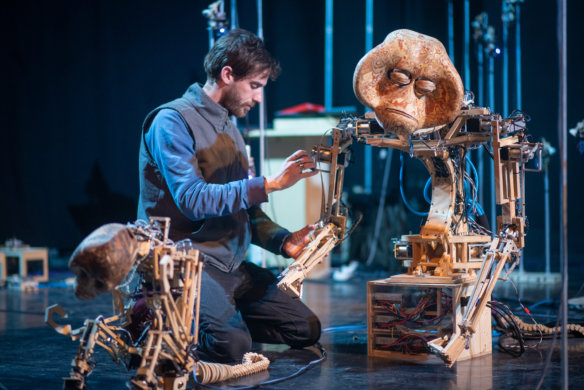 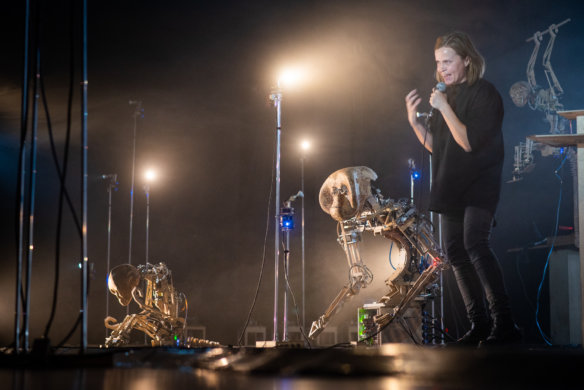 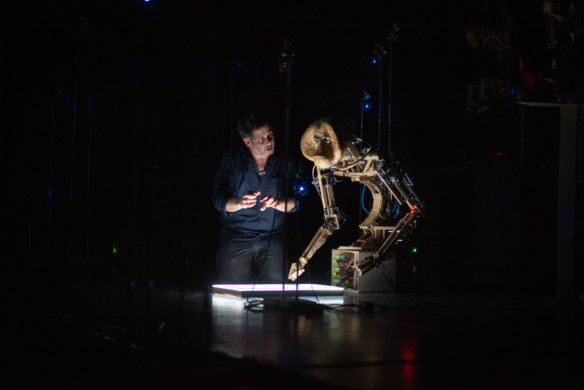 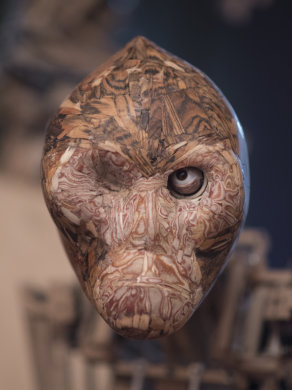