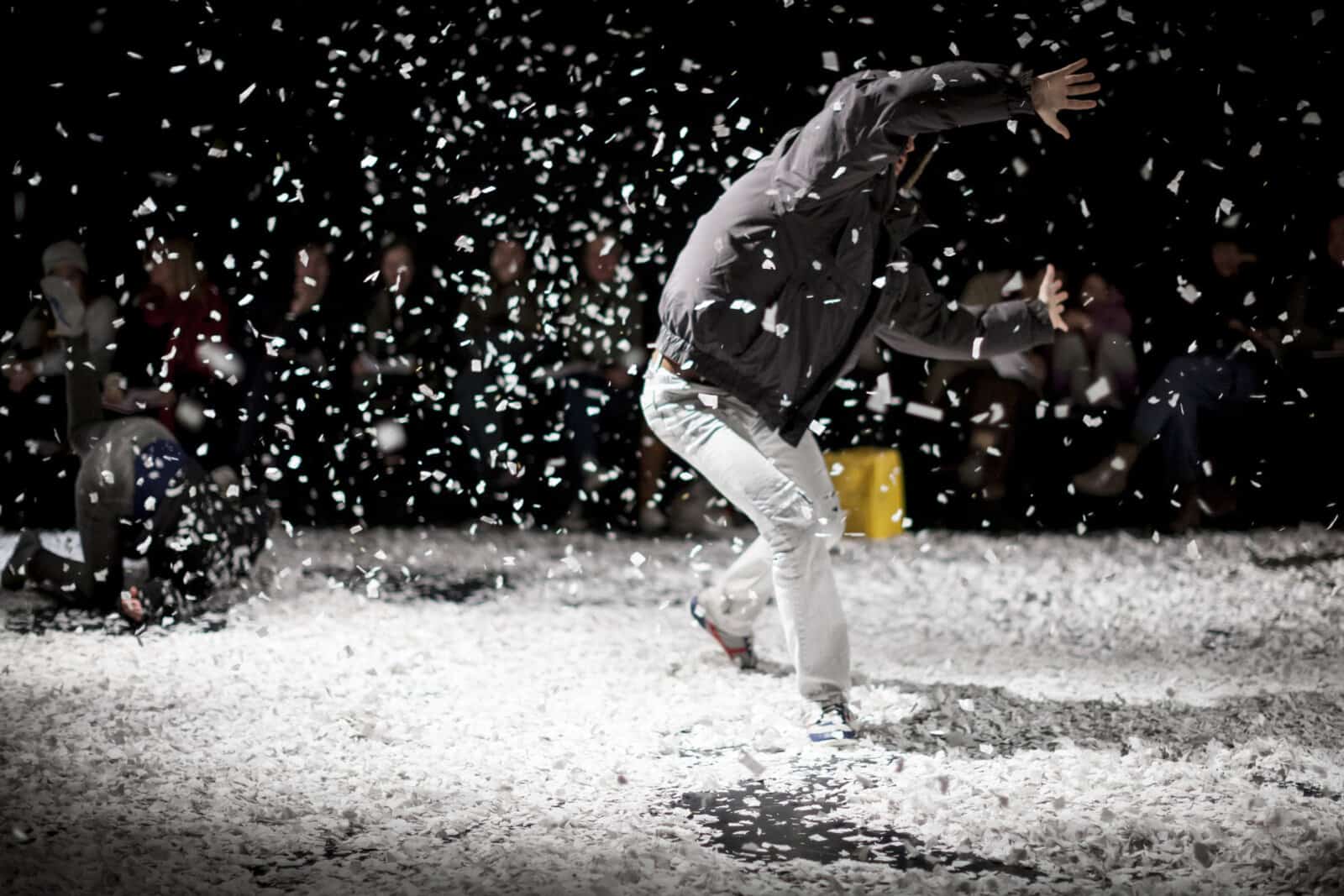 O.S.L.O is a historical dance work in snow and storm. It is chronicles, movements, and noises that address the Israeli-Palestinian political narrative and history in a way which is excessively concrete and terribly abstract. The show’s score follows the mythology of the Oslo agreements, the peace process, and the conflict, including the endless list of dates, characters, and shadows. Alongside  the political narrative, a choreography is built, loaded with moments, citations, repetitions, and small and large physical movements. It is a folk dance of the passing of time, lost opportunities, and movement potential.Guy Gutman was the Head of School of Visual Theater until 2017 and is currently the director of Miklat 209. 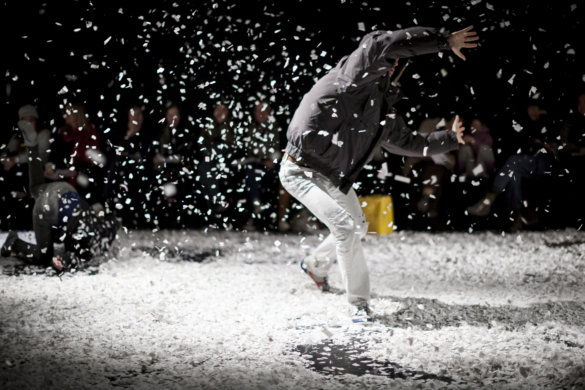 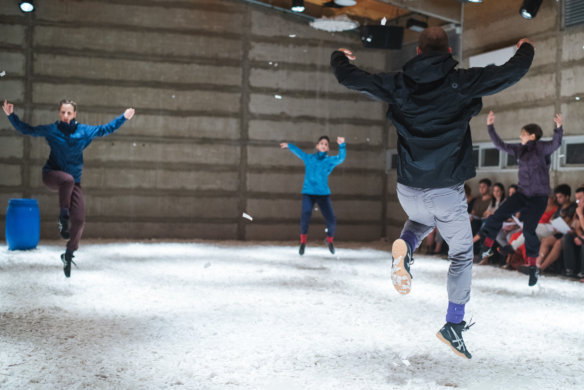 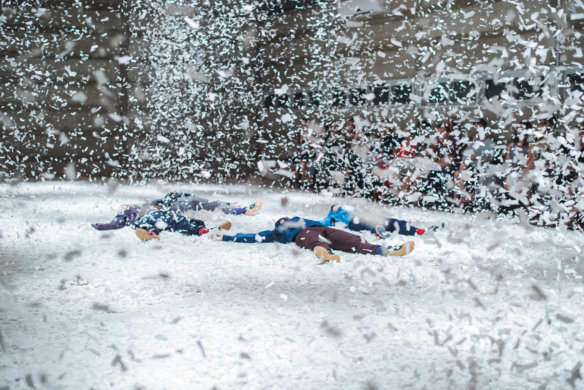 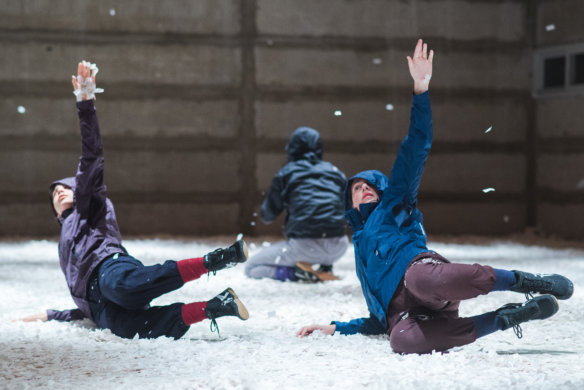 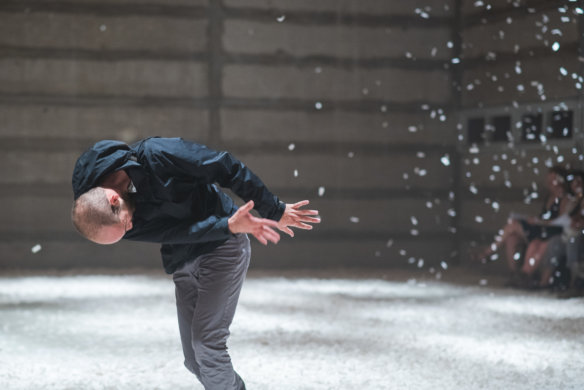 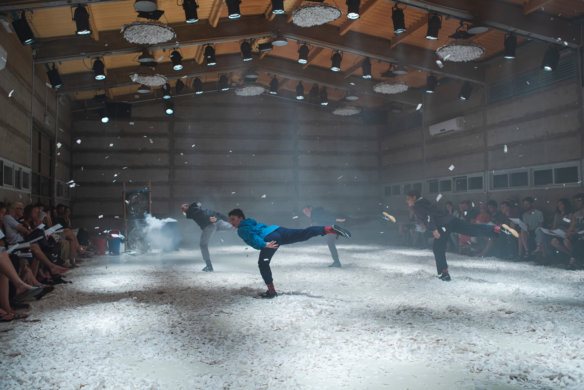