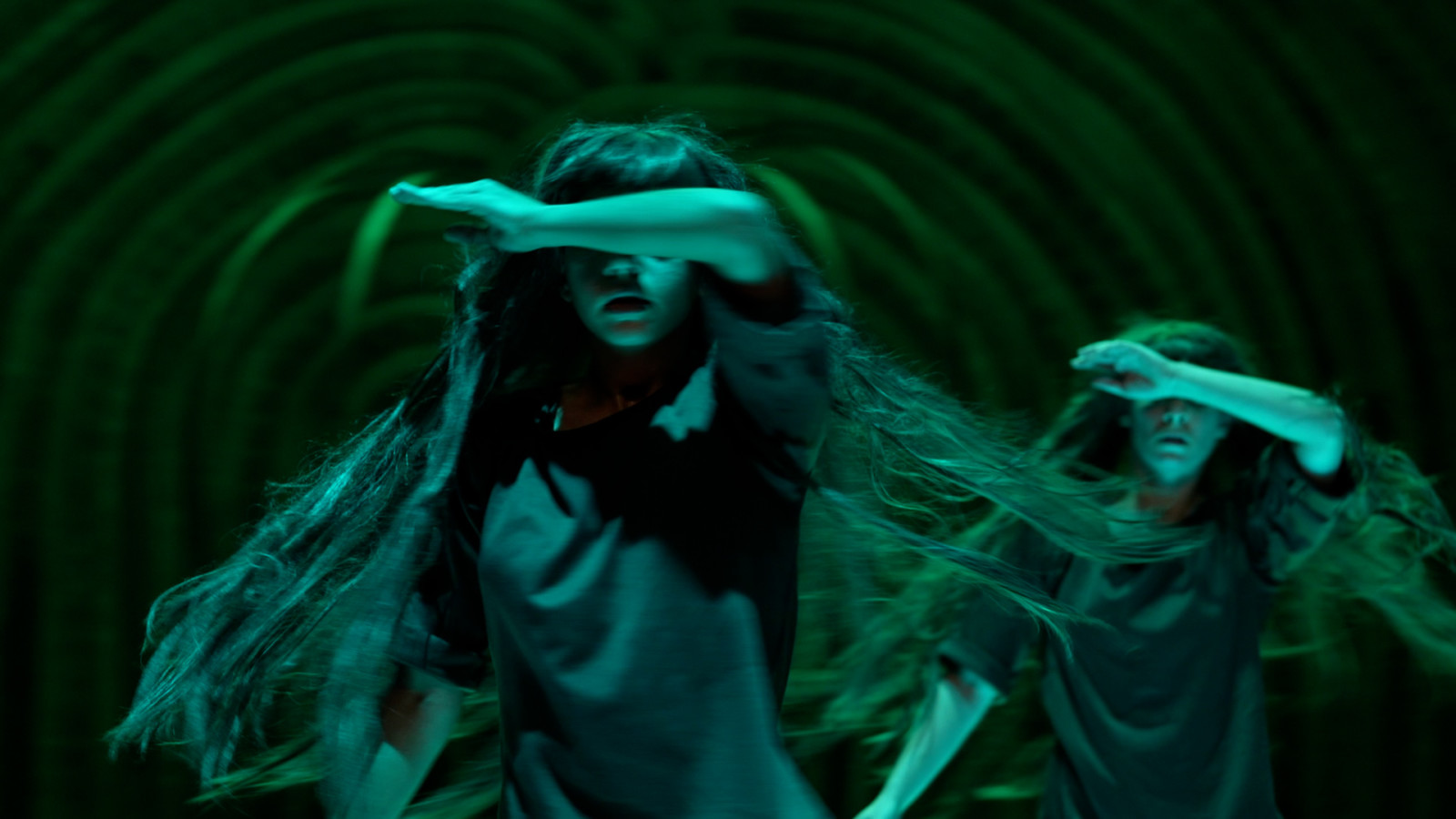 “Faintings” is a work coming into being while wandering through landscapes, dreams and mediums.

It is the longing for the green of an open space, of mountain depths and the fragrance of water and trees. A fantasy about effortless existence: To be able to speak in long sentences. To go far without asking where. To surrender, to be satisfied, like a mountain like the sea, like a tree.

The work began as a green stain on a black stage and embodies an ongoing creative process that began as a solo, evolved into a duet, trio and now an ensemble of four performers.

Nina Traub’s work moves within the sensitive connection between visual and physical presence. “Faintings” reflects her form of work, in which physicality is composed of rules, structure and order, which are practiced and trained through in-depth process and research.

The Movement language is assimilated into images that merge into a cohesive, melancholy and total world. 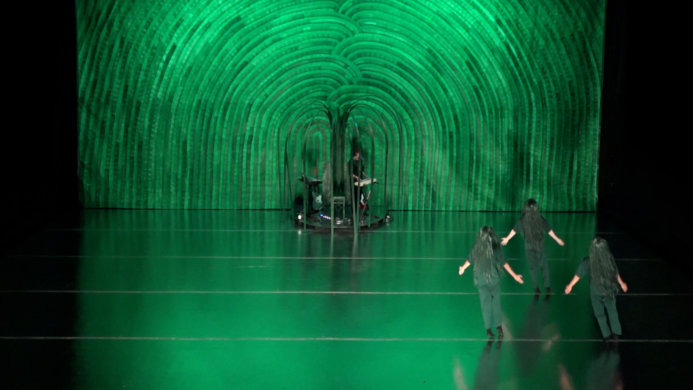 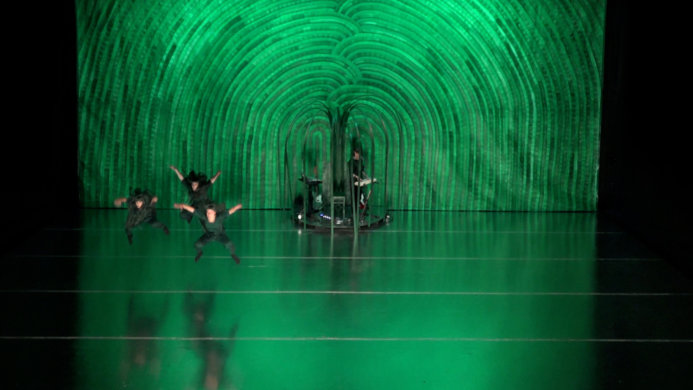 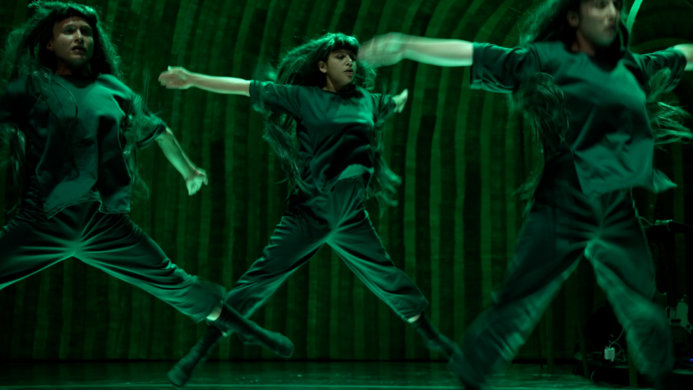